The imaginative capacities of the Western world for relating to the natural world have long been limited to dominance and exploitation. The harmful consequences are evident, and it is becoming increasingly clearer that any approach towards environmental sustainability and climate action must be founded in a change in how we relate to nature. We, human beings, must no longer consider ourselves as somewhat separate from the natural world, but as an inextricable part of the more-than-human world and ecosystem. With this understanding, theoretical frameworks and artistic practices that challenge and counter the old paradigm are being formulated, such as in the writings of anthropologist Anna Lowenhaupt Tsing (2015) and philosopher Michael Marder (e.g. 2013) or in the art practice of Sanne Vaassen, among others.

What happens when the more-than-human world is not considered a mere resource to serve human needs, but a collaborator and active participant in cooperative, creative processes? How does such a different philosophical stance translate into and find expression in artistic production? Acknowledging the creative capacities of nature itself, the processes and phenomena often overlooked by a human-centred gaze, is a fundamental starting point. What can artistic practices become when the natural world is a crucial element in the process? What happens when the result of the works shift from (hu)man-made to co-created with and by nature?

Nature has always been a source of inspiration for art. But, whether as backdrop or as subject-matter, it is usually a silent element in the arts, an object form and perhaps model that is being depicted rather than an active participant. In Western art history, the natural world has virtually no agency – while non-human beings may at times be the protagonists, they are only rarely telling their own story or (co-)creating the artwork.

Our concept of artistic production has conventionally been reserved for human activity alone. The idea that the production of art is limited to humans tells of the human-centred ego of our species. But more and more, theorists and artists explore the notion and possibilities of more-than-human artistic processes. The underwater sculptures by artist and environmentalist Jason deCaires Taylor are an example of art in collaboration with nature. The sculptures, made of low carbon, pH neutral materials designed to be colonised, are surrendered to underwater sites where the natural, non-human processes of its environment transform and complete them. “Each sculpture is effectively an artificial reef that provides new habitat spaces for a variety of marine life whilst drawing tourists away from natural, fragile areas.” (Underwater Sculpture).

When non-human beings are participants in the creative process, the work is not authored by an (human) individual alone, but co-created in a collaborative process. Co-creation or collaboration always involves a coming-together, an encounter or a gathering. “The participants in any encounter engage in an interactive, if not always symmetrical, relationship; and, conversely, to deny interactivity is to undercut the very prospect of an encounter” (Marder 2013, 8). How can such an encounter come about? “No genuine encounter happens without our eventful exposure, unwilled and unplanned, to that which, or the one who, is thus encountered” (Marder 2013, 10). And while such exposure can be unwilled and unplanned, it may also be enabled or sought for. Whether or not an encounter with the non-human world takes place depends on a certain availability to it, a possibility of contact, an invitation of serendipity. But when an encounter does take place, we have a chance to meet non-human life halfway.

Of course, the interaction of the encounter leaves no party untouched, often in a literal sense. Tsing (2015, 20) speaks of such “happenings” as transformative and “unpredictable encounters”, and the transformation and unpredictability are characteristic of co-creative processes. Collaboration shapes the artistic process in such a way that neither the process nor the outcome can be entirely controlled nor predicted, due to the different elements involved, the (fluid) dynamics and the mutual influences that result from the encounter. Such “contamination” (Tsing 2015, 27), when applied to art, shapes the work in a way that the authorship is shared between the participants involved.

Dutch artist Sanne Vaassen plays with the poetics of natural processes, inviting them into her work. For the 2015 group exhibition “Windowgarden” at De Meldkamer in Maastricht, she carefully placed drops of dew water, collected by her, on the floor of the exhibition space. The drops evaporated over the course of the exhibition, leaving hardly visible marks – a conscious choice to let the passage of time with its natural consequences reign over the preservation of the artwork. The subtle forms and materials hold a forceful layer of critique and challenge: “The delicacy of her works, the use of plants, flowers and other fragile materials, could lead the spectator to believe Vaassen’s works are purely poetic. Despite their sensitive force, they are also very critical. By poetical means, the artist questions the world around her. She does this, too, for entrenched traditions, which are barely ever questioned. Every country has its own flag, its own anthem […] Vaassen analyses and deconstructs such traditions, and questions their symbolism.” (About). 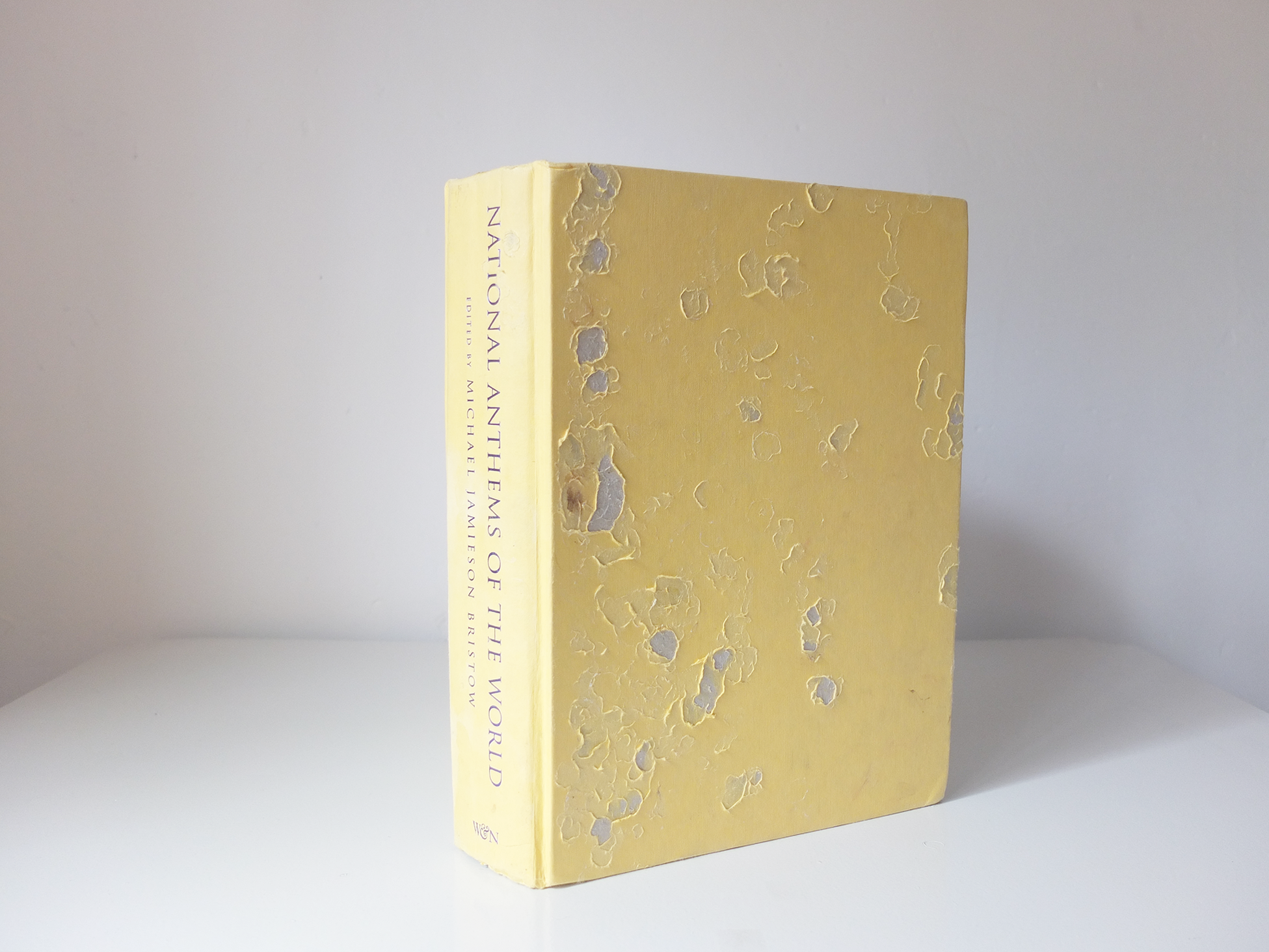 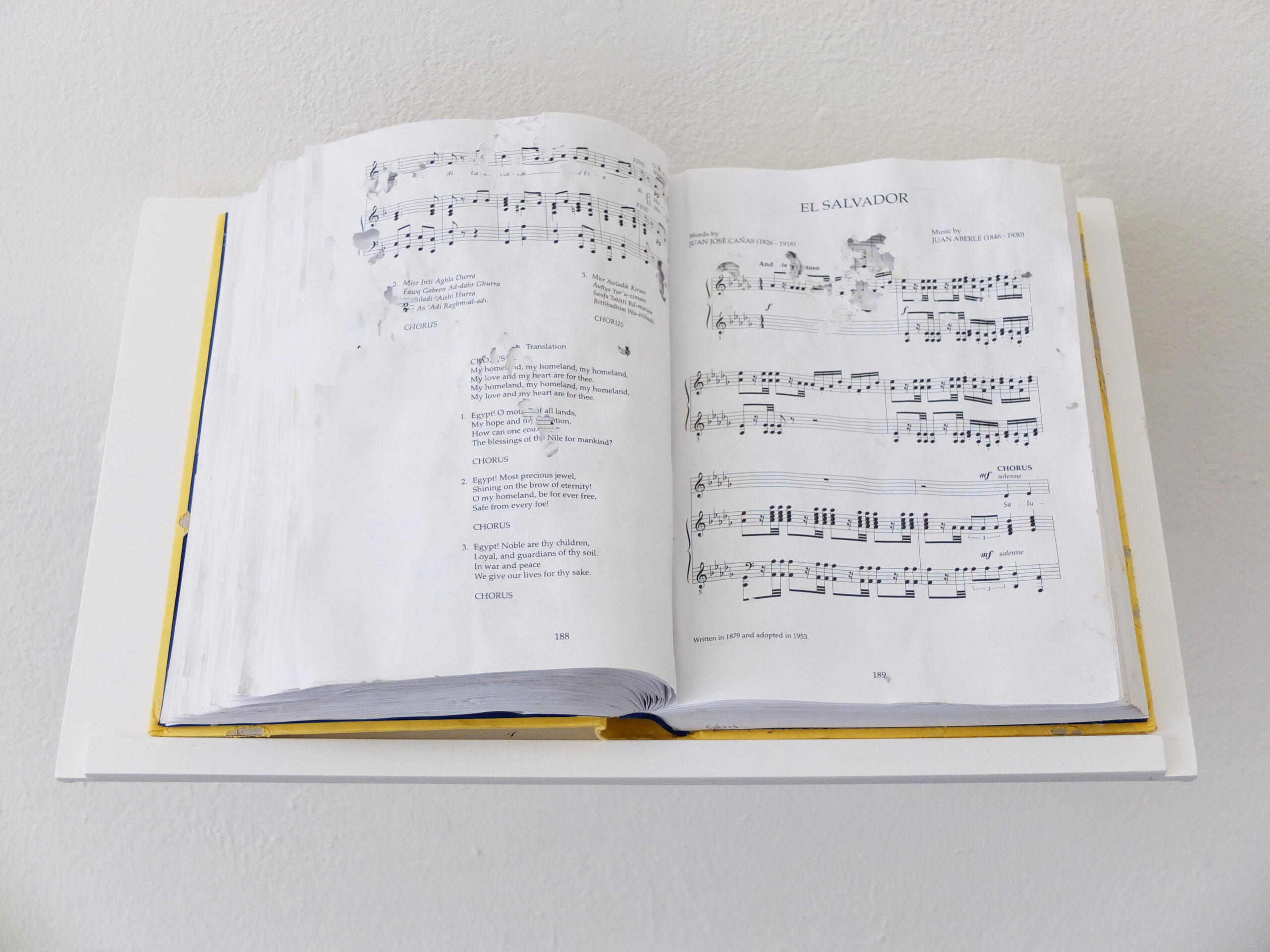 In “National Anthems of the World” (2014), a group of snails is actively involved in and essential to the creation of the artwork. Here, the collaborative part takes the form of a deconstruction: the physical and through it a metaphorical deconstruction of human-political symbols. The artist fed a book with the scores and lyrics of the national anthems of 198 countries to a group of snails, thus inviting her non-human collaborators to deconstruct the anthems. As a result, these symbols that (feebly) uphold and questionably glorify the constructs of an anthropocentric world are taken apart by the snails, through a process of nature that is as slow as it is effective and inevitable. “The scores are no longer clearly readable and the holes giving a view of other notes and words- unite the whole into a rather dissonant piece” (About). 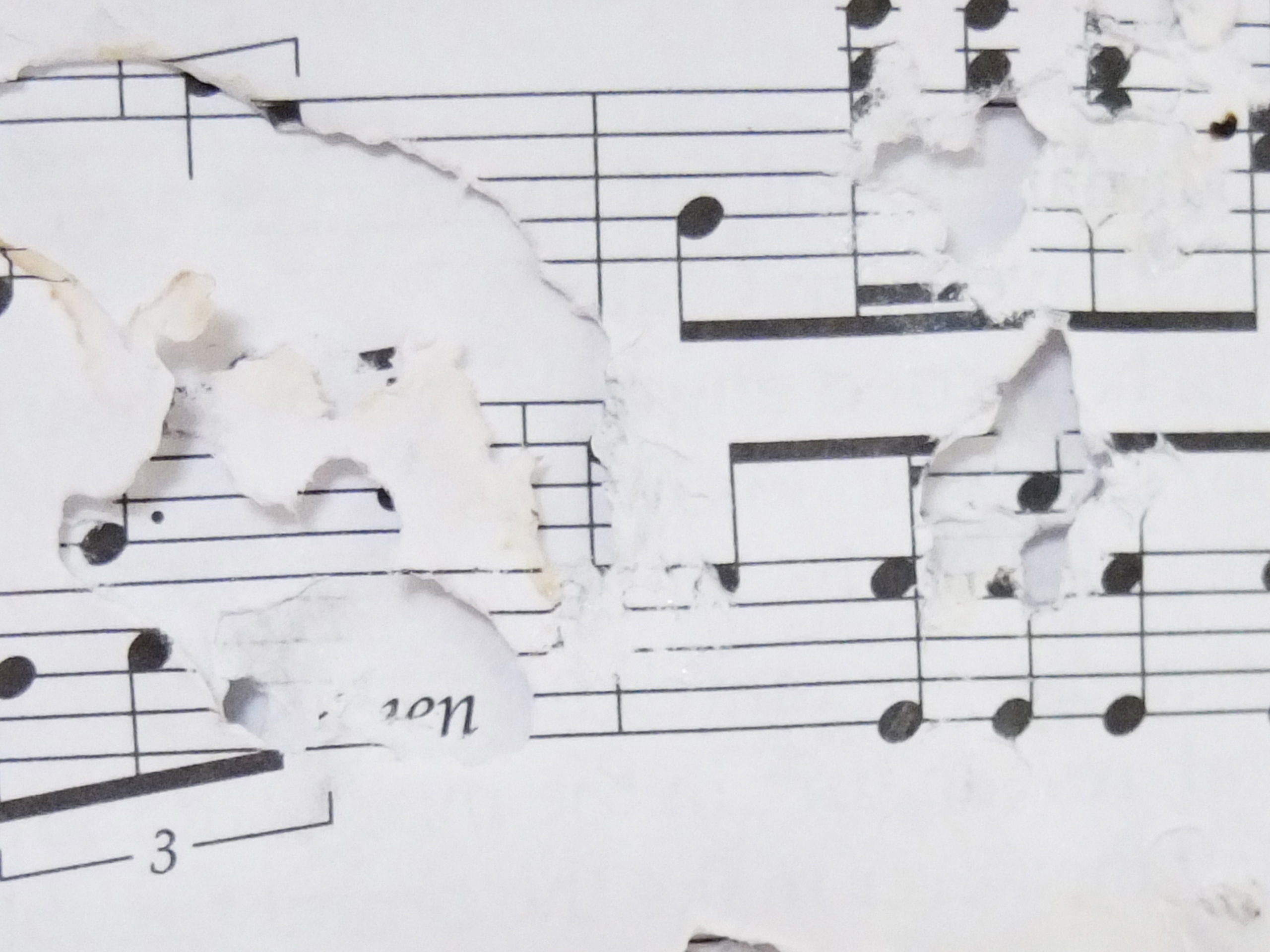 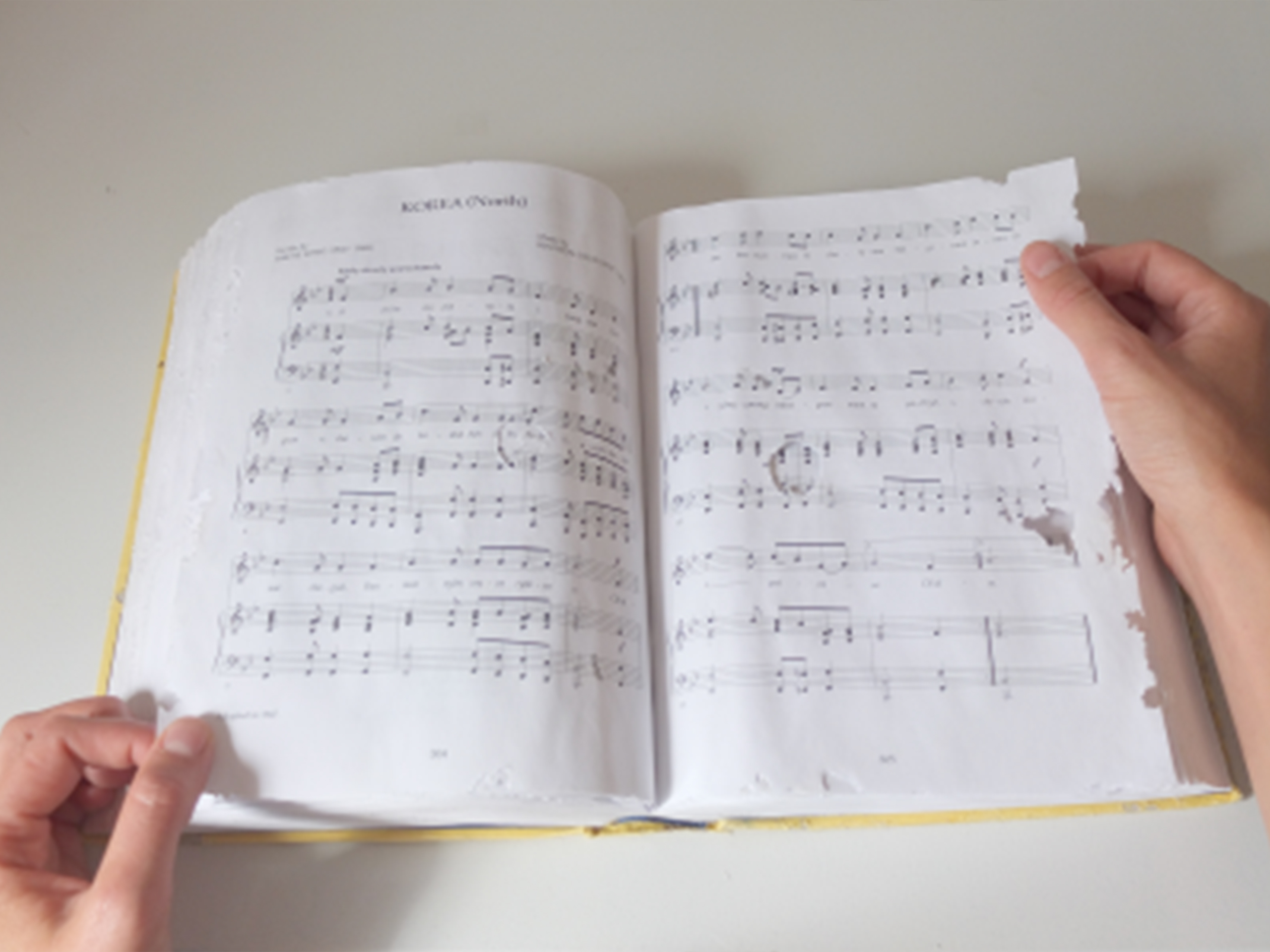 Through this process, something new is created, a somewhat dissonant “One-world Anthem” (Vaassen). In contrast to the original anthems, symbols of the human attempt to order and divide the world into separate units, each with their individual, national pride, the snails’ One-world Anthem is symbolic of the (often messily) interconnected natural world of constant transformation. 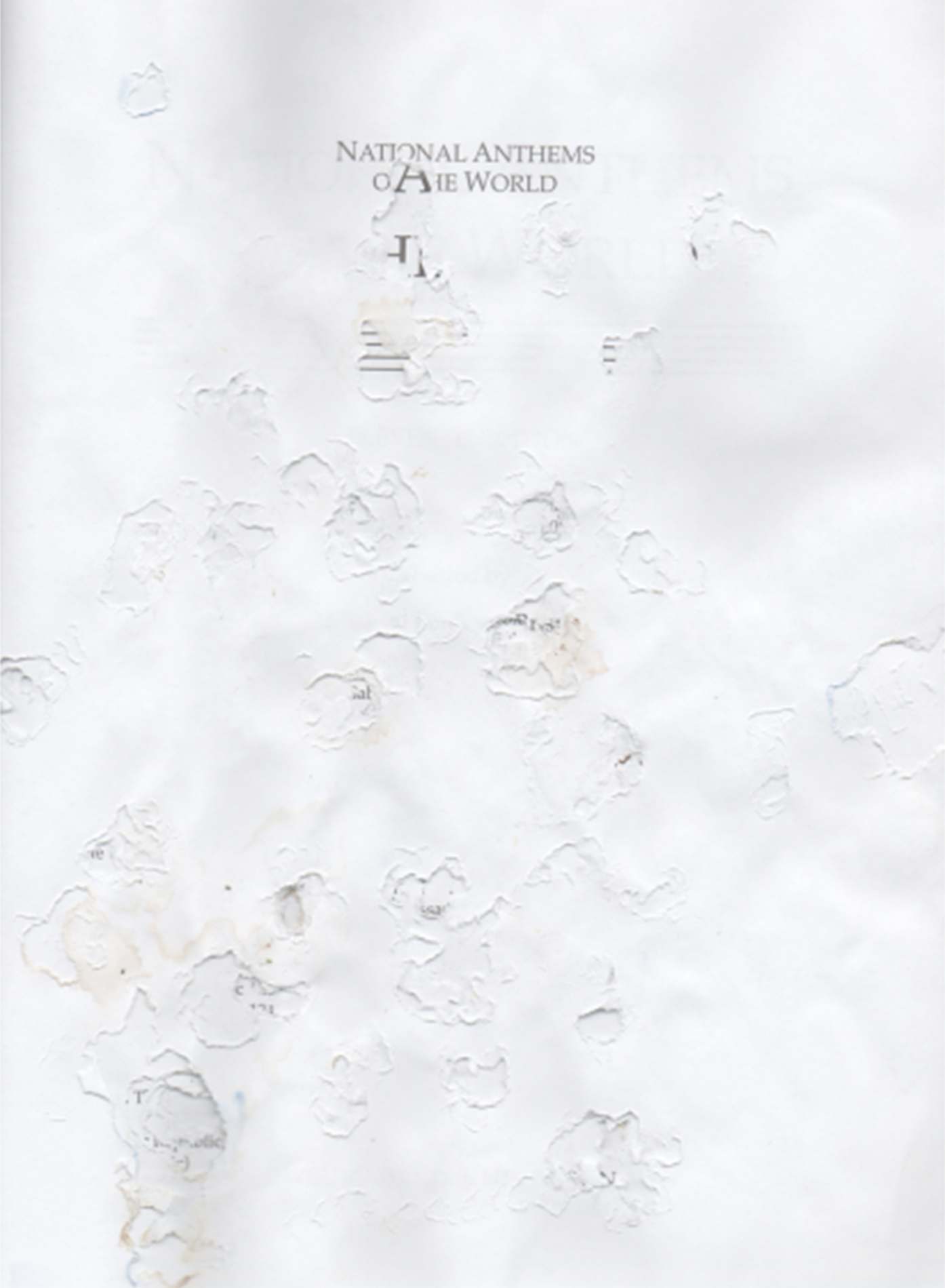 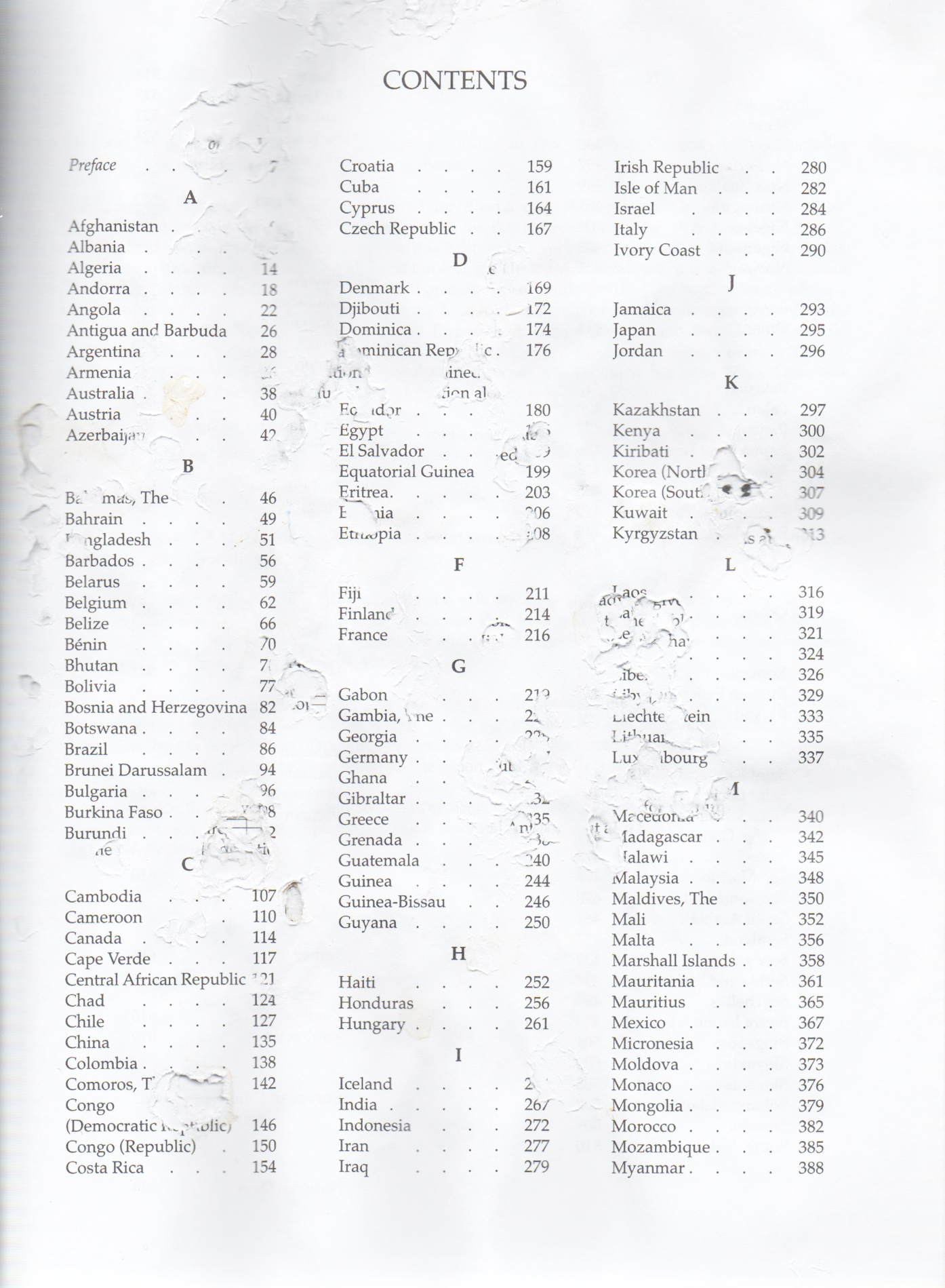 Lowenhaupt Tsing, Anna. (2015). The Mushroom at the End of the World: On the Possibility of Life in Capitalist Ruins. Princeton University Press. 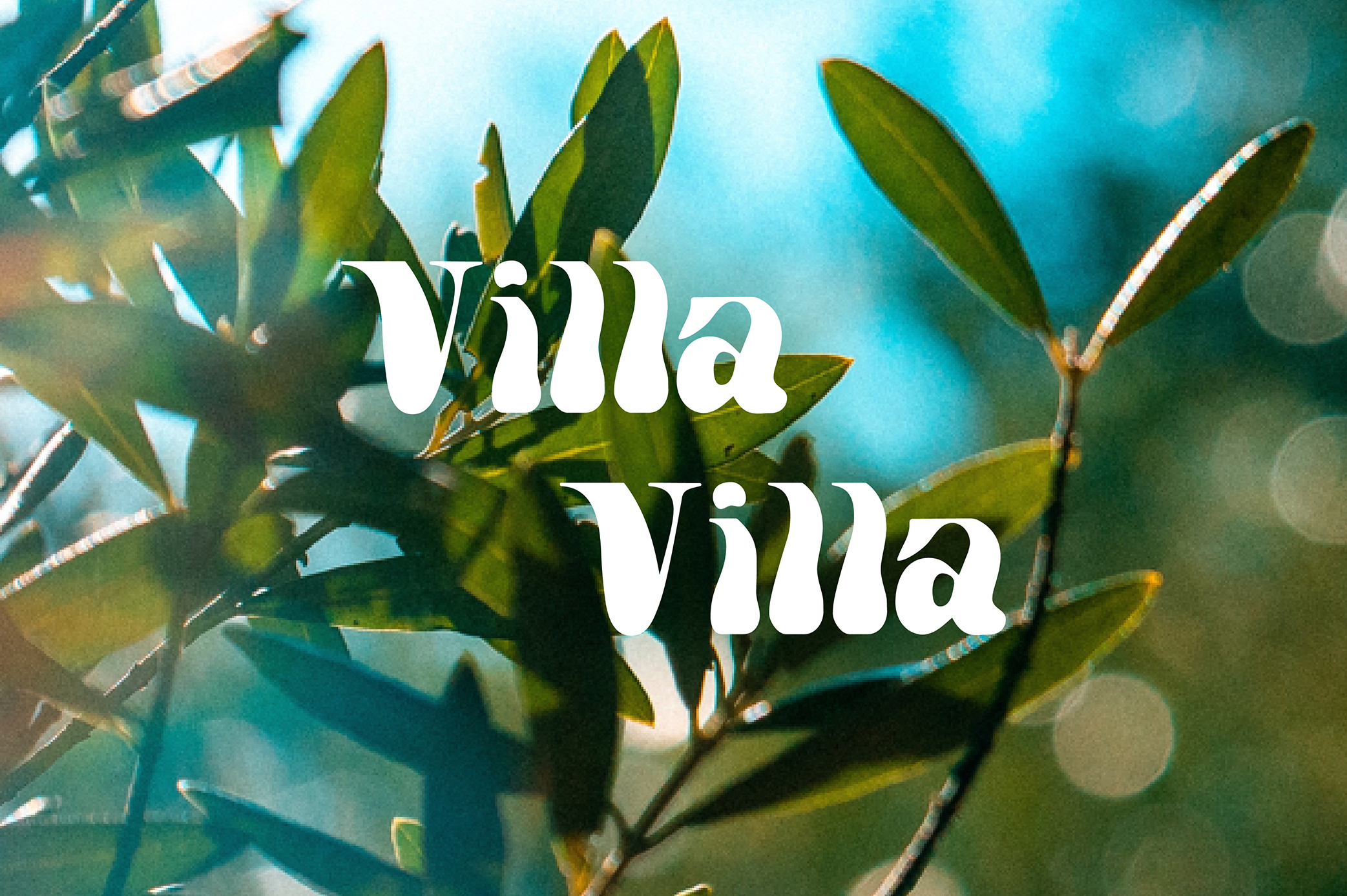 Be climate-conscious: one step at a time 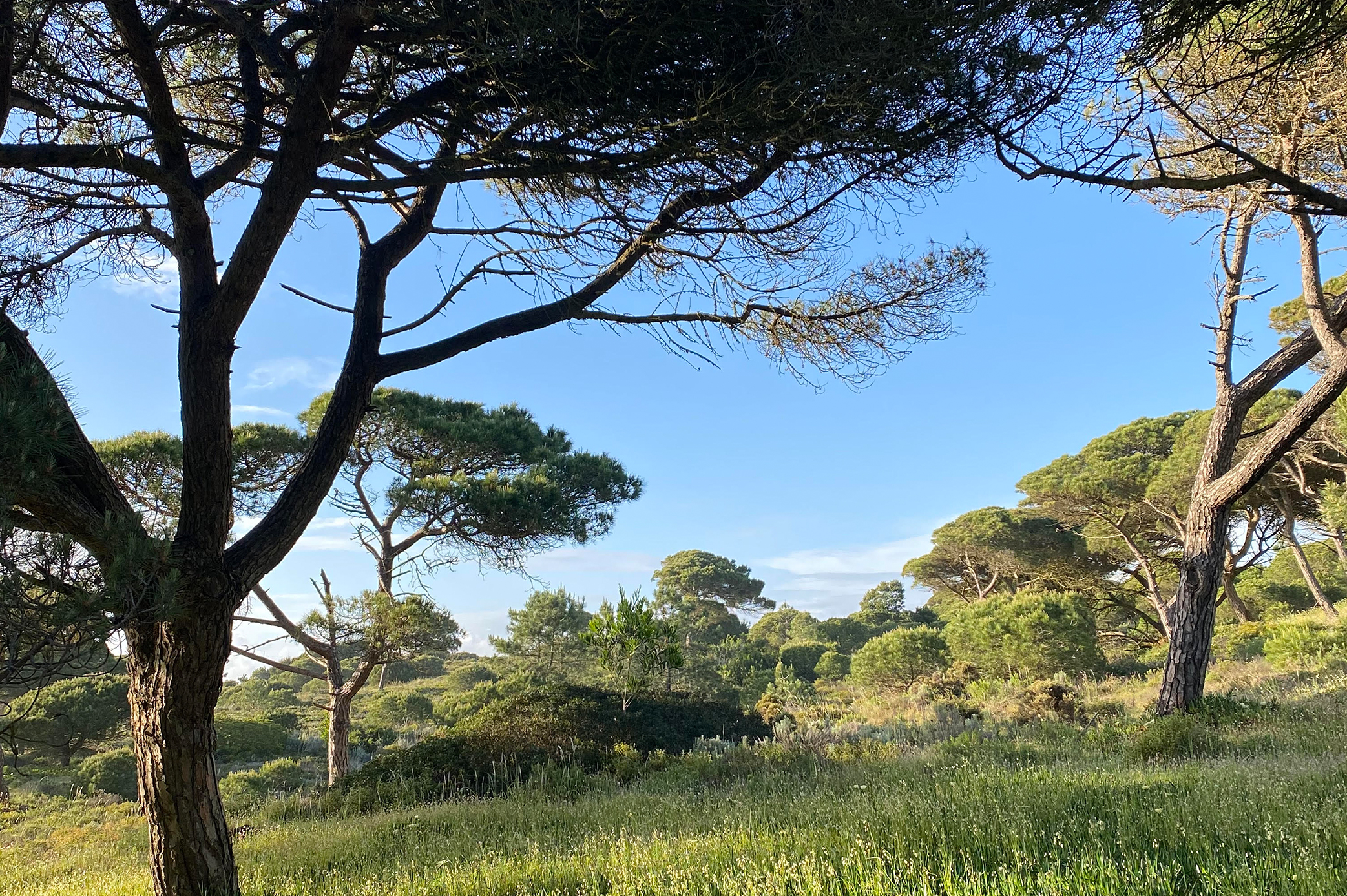 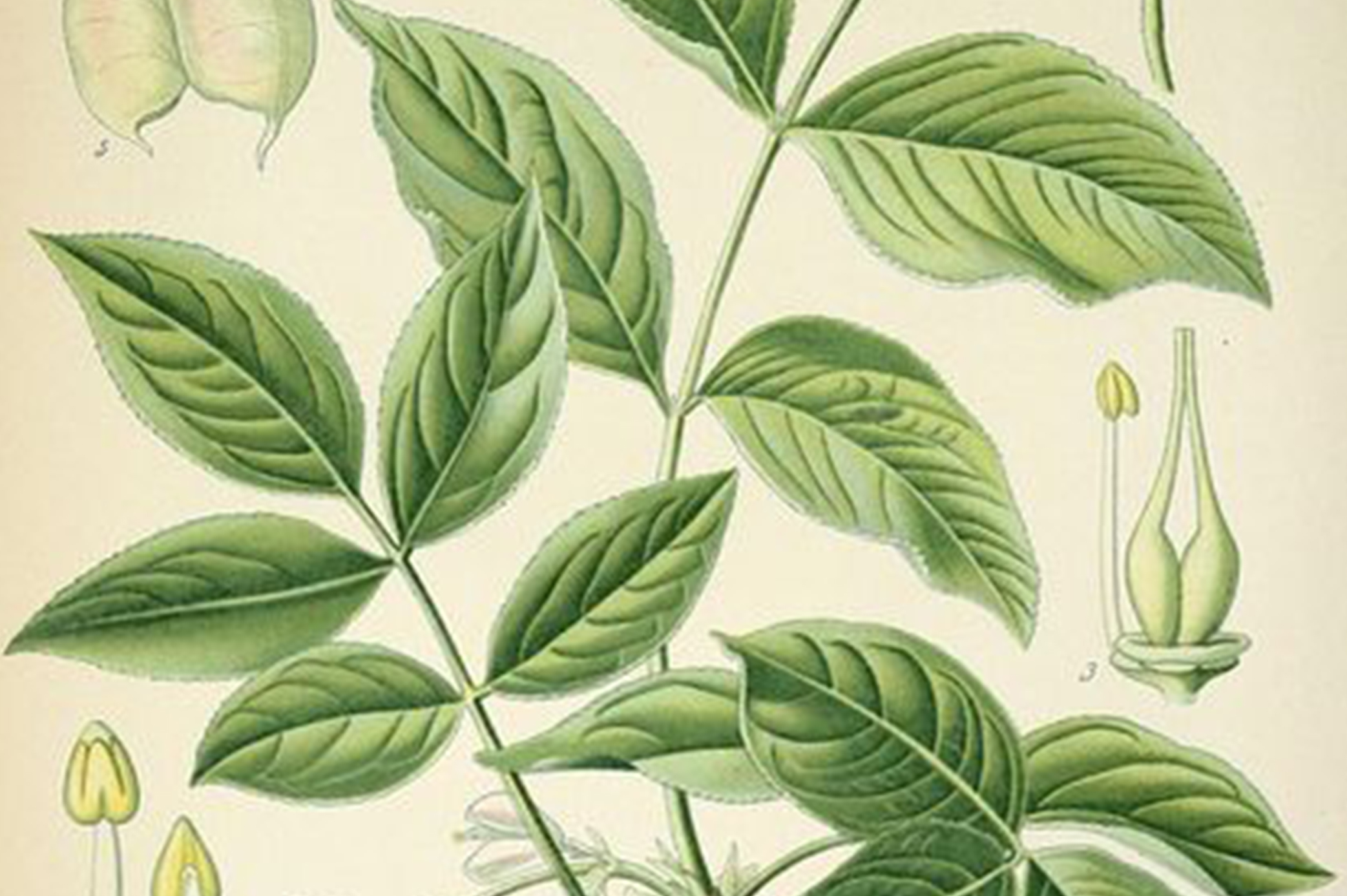 ‘Neo-rurals’: from the city to the country

Only 0.56g of CO2 is produced every time someone visit this web page

Only 0.56g of CO2 is produced every time someone visit this web page